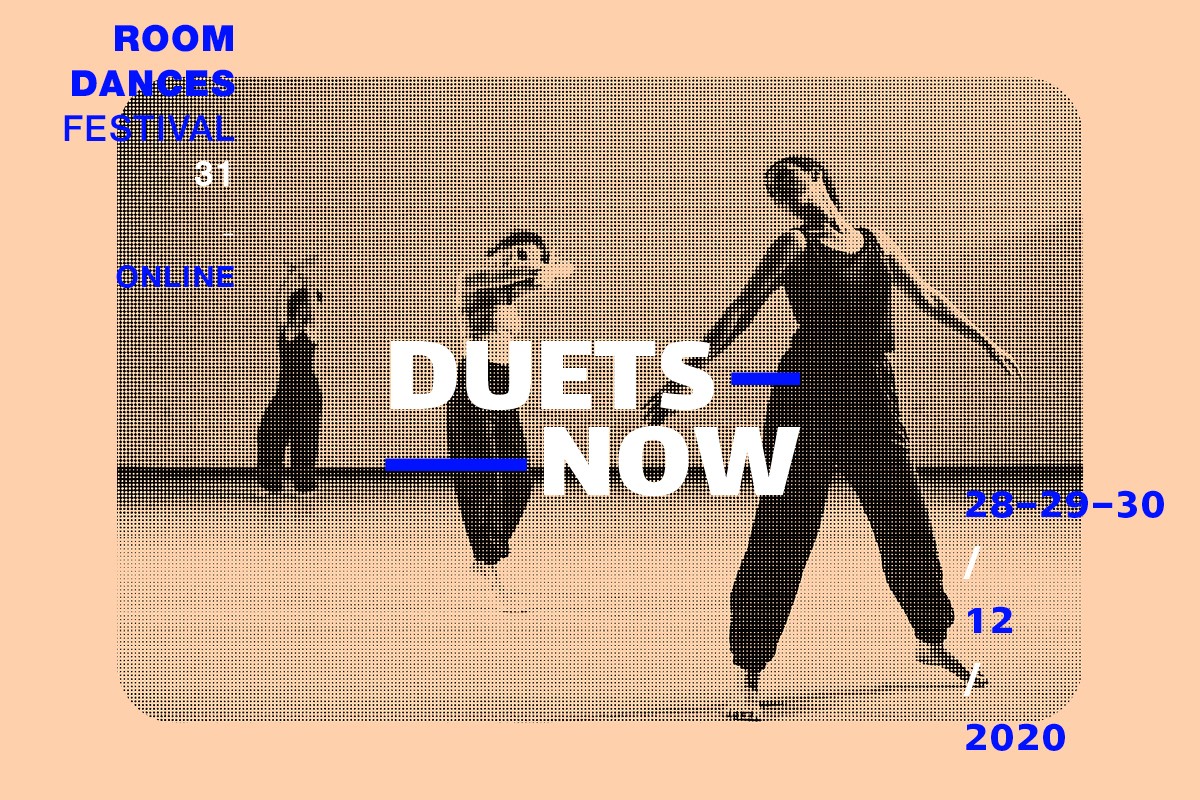 The theme for this year’s festival was decided before Corona began. That said, it seems as though the theme is in response to the times we are living in, developing the dances of creators-performers within the current restrictions. In light of the restrictions on gatherings, we will perform in real time for three evenings using an online platform.

Since the dawn of the twentieth century, similarly to music, visual art, literature and poetry, modern dance has and continues to strive to create dance as an independent, new art form. The pioneers and the generations that followed created predominantly solos in their first years of working. Group dances were created once the artist’s language was established. A group of individuals, who were searching for new ways to move, collaborated in creating the language that would become synonymous with the artist’s name.

These duets did not exist in the early repertoire of modern dance, aside from Ruth St. Denis and Ted Shawn. The reason for this seems to be the exploration of the body and movement with regards to gravity, in which the artist had to first investigate with his/her own body and, only afterwards, to transfer these attempts in order to apply it to a group.

But what is the meaning of a duet in contemporary dance? We wanted to examine this in this year’s festival.

A dialogue in movement by two artist/performers, who seek to engage in ongoing, significant movement. They make agreements between them, expose to their movement, and listen to their environment as well. Two men, two women or a man and a woman in one space.

As always, in the Room Dances Festival, we offer a perspective on our work through one lens, however the outcome is always several lenses. We hope this is an answer to our situation in general and today in particular.

This year there are three programs consisting of dances: solos, duets and trios. Several of them are in observation or response to dances made in the past.

This is the 31th year Room Dances Festival has been held in Jerusalem and in Tel Aviv. The festival wishes to create an intimate experience of movement, centering on solo dancers or small ensembles performing in venues where no partition exists between stage and viewer. The dances all aim to give precedence to the creator-performer, while examining new forms of creation and dance-language which emphasizes the closeness between dancers and viewers.